I've been a bit too absorbed with my Inked Adventures projects to pay proper attention to the greater outside world of gaming or their markets.  Despite buying tickets in advance I even forewent visiting the UKGamesExpo - because real gamers and games-shoppers go to Cons.  But that's precisely why I didn't go - I can't afford to buy all of the systems and accessories I'd possibly see there.  Powerless to resist, I am, the love of the shiny boxes, figures, scenery and hardbacks. Maybe in another year, when the coffers are fatter.  However, it sounds like things went well without me. ;)

Currently browsing the PDF for Mongoose's Traveller's Core Rules - bought through a bestsellers promotion this week.  I'll be honest, compared to all of the little black books of old it's nice to read the basics about the Imperium and alien races all together in one place.

I attempt to get the Inked Adventures sites blacklisted by anti-spam software I posted the following under the title "Win Buy Download Free ;)" 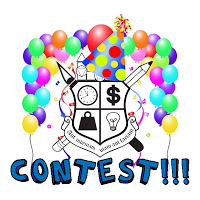 Frugal DM are running a cool competition where you can win Inked Adventures products (or DTRPG gift-card equivalent)  when you submit a winning photo of Inked Adventures tiles or sections being used in-game. 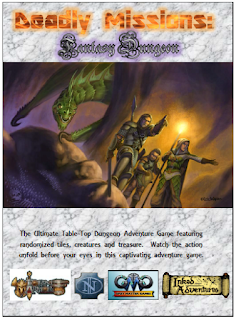 Grey Matter Games have put together a smooth bundle which combines printable figures, special combat rules and our square tiles pack.  All of the items can also be bought separately.  The bundle is in fact a complete stand-alone dungeon crawling battle game. If you like to try out new systems with great looking accessories be sure to check this out. (Also ideal as a gift) http://bit.ly/GMGbundle 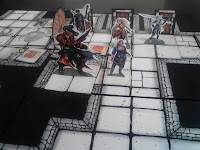 To illustrate the versatility of just the 6 free tiles I've composited a low-res large dungeon map which you are free to download and use in your campaigns as a guide or player's handout. (Please note that only printable tiles in a PDF are included in the free sample pack - jpgs for every tile map editing are provided in the full product) 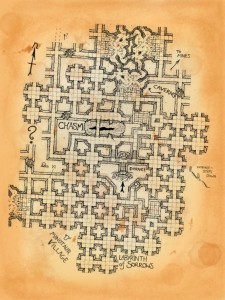 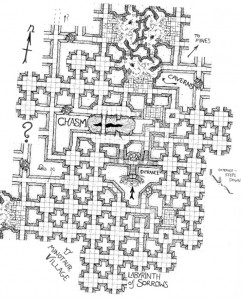 Right-click on the fully opened images to save to your computer, or "save target as..." from the thumbnails.


I forget to say... whilst on the subject of papercraft floorplans and scenery I've been meaning to draw your attention to A Luxious Lair: Council Chamber from Kev's Lounge: 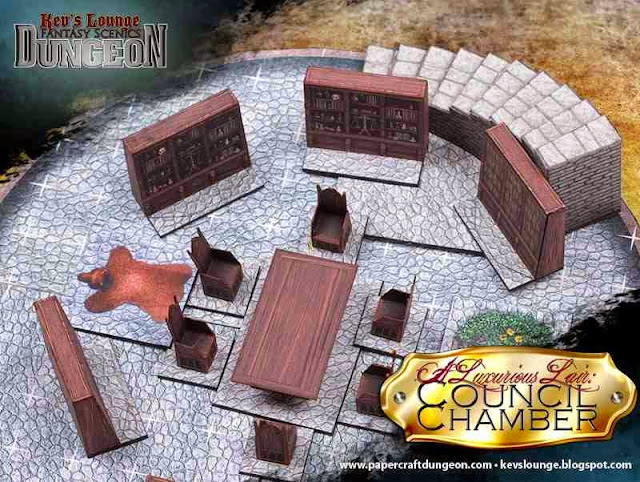 http://kevslounge.blogspot.co.uk/2013/04/a-luxurious-lair-council-chamber.html
Also available to download
from their store on RPGNow.

Posted by Billiam Babble at 18:46 0 comments

OSR on DTRPG? with 15% Off. -ADnD Unearthed Arcana Premium Reprint and a Lulu voucher

DriveThruRPG and RPGNow have a featured "old school" games page -"OSR" even.
This brings me great pleasure.  It's a tidy compact list for now - a sort of "gateway game" selection.
Print a new a those games of old and their modern simulcrum-retro-cloney friends!

And, just as I was typing this the same nice folks at DTRPG have smuggled out a code that should
provide 15% off those featured OSR titles.
Use code at check-out:
OSRF711F2
Move quick because it's anti-magic shell expires and it then it will be etherealised:
"The coupon code is good for the week of Monday 5/13 - Sunday 5/19" -DTRPG

That's 13th May until 19th May - oops, already lost a day. Getting that Majora's Mask feeling...

Whilst we're in a coupony mood...

Possibly the last Lulu code I'll have for you for some time, due to Google Affiliate Network being turned off in the next couple of months - I haven't found out yet who Lulu will be providing codes through ... Hopefully every other link on my site will still work (sheesh, thanks Google, first Google Reader, now the Google Affiliates Network, what next? Blogger?).  Lulu is still one of the best resources of home published indie RPGs -in ebook form and printed. (IMHO, as the forum posters say)

In an unrelated -but sort of related to OSR- point, I'm also still pleased that Wizards' are really commiting to publishing quality collector reprints of the core rules and popular adventure module ranges.  Who'd have believed it, eh?  We literally kept waving the cash in their face. ;)

For little me, my partner snaffled Premium Print - AD&D Unearthed Arcana from Amazon to accompany it's older brothers of PH, DMG and the MM.  Again, I'm surprised at how much fun it is have new versions of old rules I already own, but with shiny pages, gold edging, ribbon markers and blacker-than-black illustrations.

Unearthed Arcana is bizarre beast - it divided my AD&D playing friends back when it first came out.  Bearing in mind, some rules had been already adopted by players from official magazine articles, it was great to see them all bundled up in a tome, and then some.  The class revisions, spells and all sorts of extra rules were minutely debated, whilst none of us could establish why we would really need that many pole-arms (no, really - it's an appendix, a whole dedicated appendix).  Maybe this was because we were all closet-aristocrats who looked down upon "peasant" weapons - our game was one of vague fantasy, not the specialist historically referenced kind - get thee to Sealed-Knot!  Tonight, I pointed out to my partner the difference between a Glaive and a Guisarme ... Let's just say that she told me to get back to my book. ;)

If you didn't have the originals but have purchased the other AD&D reprints, UA isn't essential for playing AD&D, but it was significant in terms of game-play development and as a stepping stone to modern editions, as it fixed and totally reworked, core game features before AD&D2 came along.  Think of it as "DnD1.5" ;) As a lover of hard cover rule-books on the shelf it looks delicious with the other three "core" books.  Is there a Latin name for RPG rule-book lovers?  Y'know, like "bibliophile" but more specific...

The question is ... do I start collecting the adventure module hard backs etc or even the AD&D2 reprints? (I only procured the black cover editions for the first time year before last - AD&D2 has less of a nostalgia tractor beam pull on me - and before you ask, my 3/3.5 are pretty immaculate so the reprints of those are out of the question...) The power of embossed covers, gold edging and matching spines, eh?

Anyhow, be lucky and spend wisely.

Screw that. Spend with abandon! Your economy needs you!
Posted by Billiam Babble at 23:21 1 comments

This product was delayed because I spent way too much time trying to write an "instructions sheet"...  It's my geomorphs again, but this time at a useful scale for minis. ;)

I've also added extra stuff like counters and a tonne of jpgs for people who want to make their own maps. :)

Available on DriveThruRPG and other OBS sites for $8