One day and a bit left for the pre-Halloween Zombie Week sale on DriveThruRPG.
http://bit.ly/zombieweek 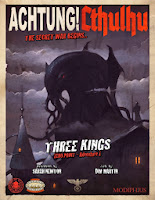 Shotguns and credit cards at the ready! ;)

I promise to post something a bit more sophisticated than just links soon... right after I sort this invasion out <BLAM> <BLAM> <reload> <BLAM>  Ammo!

Posted by Billiam Babble at 23:13 0 comments 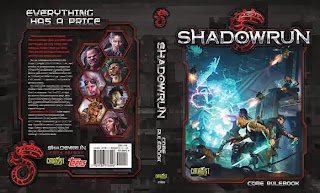 Back in the mid to late 80s I was a bit of a genre purist and the likes of Rifts and Shadowrun just crossed too many thematic streams for my liking. By choosing Cyberpunk (v2.0.2.0) I was voting for games where the near future was a Gibsonesque human-plus-technology affair only. In rertospect, I think I may have missed out on quite a bit of fun. Out of all of the games which have been reprinted, re-promoted and rereleased -for up to five editions, no less- the resilience of the Shadowrun RPG still comes as a surprise to me. It’s been a number one hotseller on DTRPG for a handful of weeks now which is no mean feat for a $20USD PDF (which is a totally reasonable price for an established RPG PDF although I suspect that the original price of $59.99 is based on the printed copy).

Every time I think the Shadowrun community can’t surprise me with their brilliance, they surprise me again,” said Randall N. Bills, Catalyst’s Managing Developer. “We were confident we’d sell out by end of the year, but in mere weeks?! Once again, Shadowrun players stepped up in a fantastic way, showing how much life beats within the Sixth World … and how much life yet beats in the tabletop roleplaying community as a whole! 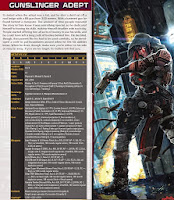